All content contained within should be restricted to those over-age. Occasionally, suicide and self-harm are mentioned and readers should take care to ensure they are in a safe place - emotionally and physically - before reading. Comments are welcome.

Here are a few before and after shots of the flood - just to give an idea of the visual we faced... 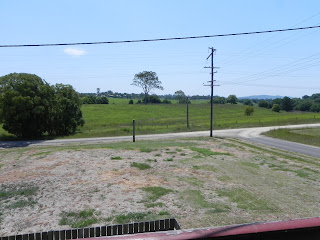 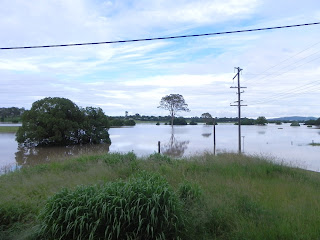 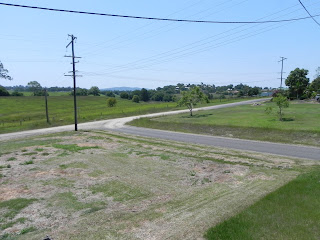 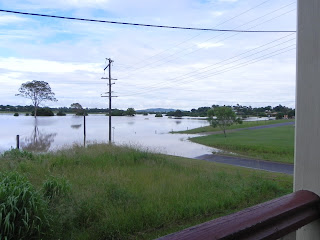 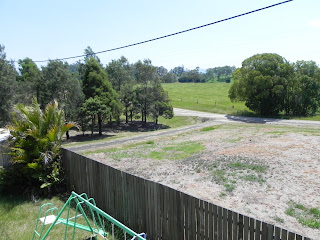 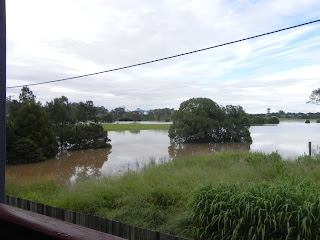 At the height of the flood, the water was a bit higher than these photo's suggest.

Gympie floods a lot.  Having been born here, I know that.  I knew that when we bought this house.  I knew that it would flood, at least once, in the house, and I knew that we couldn't get insurance to cover for it.  My story isn't remarkable - my story is not the point to this blog.

Given that Gympie had flooded a few times in the months leading up to January 2011, we "knew" it was coming.  We just "knew" it.  Although I've spent a fair whack of time living in Gympie, and my extended family has always lived here, I hadn't actually been in town for a big flood before this.  So for each of these smaller floods, I kept asking my husband "do we move the office stuff upstairs yet?"  His office was in a room downstairs, along with my desk and university stuff, and storage boxes.  My husband kept laughing at me - "nup, not this time".

When he came to wake me up that Sunday morning it felt surreal - "Sweetie, it's time to pack up downstairs now".

So I got up, and we packed up.  He dragged everything upstairs except for the big furniture - we piled that with the more expensive pieces sitting atop the crap - the forecast was that water would come in around a foot or so sometime Monday night.  So the more expensive furniture should be safe.  We'd lose the rest though.  Chipboard doesn't fare too well in water..... 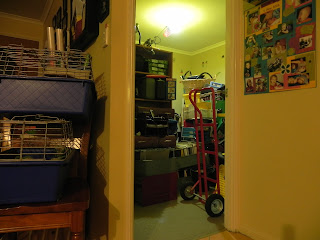 The boys toy room was now a storage room, and we had bookcases and books and boxes and computers and all sorts of shit just wherever we could put them.


During the day, I called the SES, to find out what we could do should the rain not stop, and we had to evacuate.  The guy I talked to just kept asking if we needed a boat - no, we don't yet thanks, but what is the protocol for when we do?  Are there any places we can stay?  What help is available?

Turns out no help was available.  We were on our own.  We found out later that the council had set up an evacuation centre in town, but by the time we realised we needed one, it was too late - we couldn't get there.

There is a service station and a couple of motels up the hill from where we live.  One of the motel managers came in while I was getting some milk Sunday night, and I asked if there were any rooms available.  Sure, he said - how many of you are there?  I told him there was myself, my husband and our two kids.  He replied that he only had rooms with a double bed - no beds for the kids.  No worries I said, I had some blow up mattresses.  Nope, he said, regulations wouldn't allow that.

What the fuck?????  My house looks like being flooded, we live on a sewage line with an access point in our backyard, so the water is going to be contaminated, I have two kids with immune issues, and you're saying no due to fucking regulations???  What are the regulations on sleeping in your car you fuckwit???

I walked home in tears, and rang the other motel - thankfully, not only did they have room, but the manager there said that we could bring our cats if it came to that!!!  Thank goodness, because our kittens were also a worry for us.

So Monday, the kids and I packed up and went and stayed at the motel.  The water was expected to peak during the night, and I wasn't about to go trampling through slush in the middle of the night with a five and just turned two year old.

While we were at the motel, I saw the news - and witnessed footage of Toowoomba, and heard the warnings for Grantham and Gatton.  My husbands parents live in Gatton, and his sister at Grantham, so I raced home and started making phone calls.  No one could get through to his sister, but his parents were safe and well.  It was another day before we heard that his sister was OK.  His other sister lives in Brisbane, and lost her house bar the shell.  They are still rebuilding it now.  They had insurance, but it was the wrong sort of flood.

I would have thought water was water - it's either wet or it's not - but there you go.

The water here was slow moving - there was no flash flooding.  It didn't end up in the house - though the backyard flooded.  My kids and pets were safe.

They lost their entire families.

This tragedy is still going on.  Today, and in the future, this still affects the people who went through it.  Not me, other than the nightmares, because I'm lucky, but for so many others.  They are still rebuilding.  Still grieving.  Some are still in shock even, that it happened at all.  If you can, spare some love for these people.  Don't forget them.  Don't assume that it's over, and don't assume that you are no longer needed to help.  They still need help.  Some still need supplies.  Others need someone to talk to.  A few may just require some validation that what they went through was horrific.

Spare them a thought, some love, and some time.  Tell them you care.  If you can, offer to help.  But please don't forget them.  They need you.

Email ThisBlogThis!Share to TwitterShare to FacebookShare to Pinterest
Labels: Personal